Crystal Q and A!! If you have a crystal question, post it below and I will do my best to get you an answer! Here’s one I received recently: 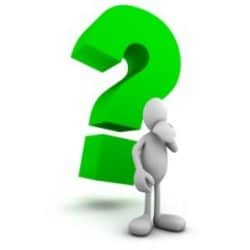 “I’ve noticed in my limited research of the stones that have passed through my life over the years that nearly everything has some sort of metaphysical property. Healing, protection etc., based off of color, composition etc.

I’ve noticed however that all stones that I’ve come across seem to always have positive qualities. Never anything per say negative, or destructive, that I’ve noticed.

So my question is: are there inherently negative crystals that cause negative reactions in people, or are they all positive beings?

Can, say, a quartz crystal be programmed to do negative instead of positive?

What of radiated quartz which is turned black due to exposure to X-ray radiation?

I’m simply curious not doing bad juju on anyone…” 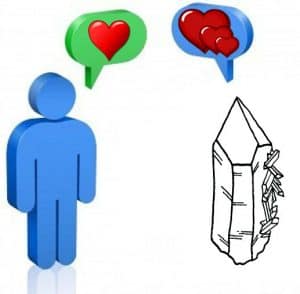 That’s an excellent question!! This is actually something I cover in my book (Understanding the Crystal People).

Obviously in the book, the information is pertaining only to quartz crystal, however my guess is it is the same for all stones.

In my view, this applies to anything other than human, actually. Animals or plants or even some stones may be harmful or even deadly to us physically but they aren’t harmful out of malice. There are no negative crystals.

I think people are the only species that do that (cause harm out of pure malice). Maybe some aliens do that, but it could be argued they are “people”, so they fit into our category. Maybe aliens are just following their instincts?

Certainly there are stones which can be dangerous to us physically (stones which contain cyanide or arsenic for example), but again, they aren’t physically harmful out of malice. They aren’t “negative” crystals. 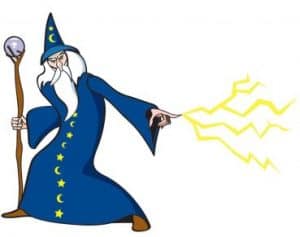 That would leave the portion of the question whether crystals can intentionally be programmed for ill-intent. The short answer is no.

To expound on that, the vibration in quartz is too high. As sentient beings, a person can’t program a crystal or “trick” it into participating with a program with bad intent.

The analogy I received from my crystal guide, Venus, is that if you take a lidded box (which is dark inside, in a sense, to “carry the dark within”) into a room blaring with light (room = crystal, dark inside box = evil intent) when you take the lid off the box, it doesn’t darken the room at all.

The shadows inside the box are replaced with light and the room is no darker because you opened the lid of the box.

The same analogy works with our crystal friends. If one attempts to put “shadow” into the crystal (with negative programming), the light within simply causes the shadow to disappear.

WHAT ABOUT DARK COLORED CRYSTALS? 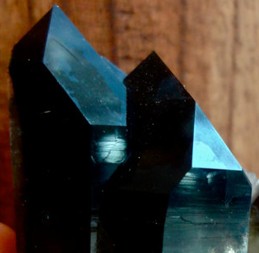 And as for very dark, irradiated crystals (naturally occurring or manipulated by man), they simply have the properties of smoky quartz (grounding, stabilizing etc), but no negative connotations.

I can see where one might think a black stone could be perceived as possibly used in a dark way, but the crystal entity simply isn’t going to get on board with that. Since it is a matter of co-creation, it will not work.

This is not to say that someone might try it and say its working, and even if their dark agenda did work, it would have nothing to do with the crystal and all to do with the sender’s energy on its own.

Since crystals are sentient beings, not simply automaton tools, it’s not going to happen that the crystal could be “used” or even “tricked” in that way.

It’s not the first time I’ve been asked this question, so hopefully seeing the answer here will be helpful to more people. Excellent! 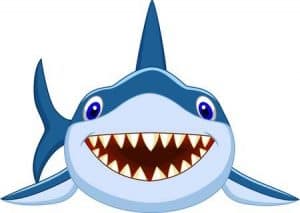 Something else to consider: There are stones which may not be a vibrational match to the person in question, so they may make the person physically uncomfortable. For example, some people have a negative reaction to stones such as tektite.

Crystals may cause a reaction in people which is perceived as negative (headaches, lightheadedness, etc). Some are absolutely physically harmful or detrimental. For example contain toxic or poisonous elements such as malachite dust. (As an aside, here is an excellent resource from Hibiscus Moon Crystal Academy on toxic stones.)

The stones are not harmful due to mal-intent, any more than a rattlesnake or shark is.

For example, the snake or shark would also be very dangerous if put in someones lap! I think there are ways around this and exceptions to every rule, however crystals absolutely cannot be intentionally programmed or manipulated to be used in a harmful way.

If you have questions about this topic or a different question all-together, please post it in the comments section below. I am happy to write a blog post. Just like our teachers used to tell us, chances are, if you have a question, someone else probably has the same question. Talk to you soon!