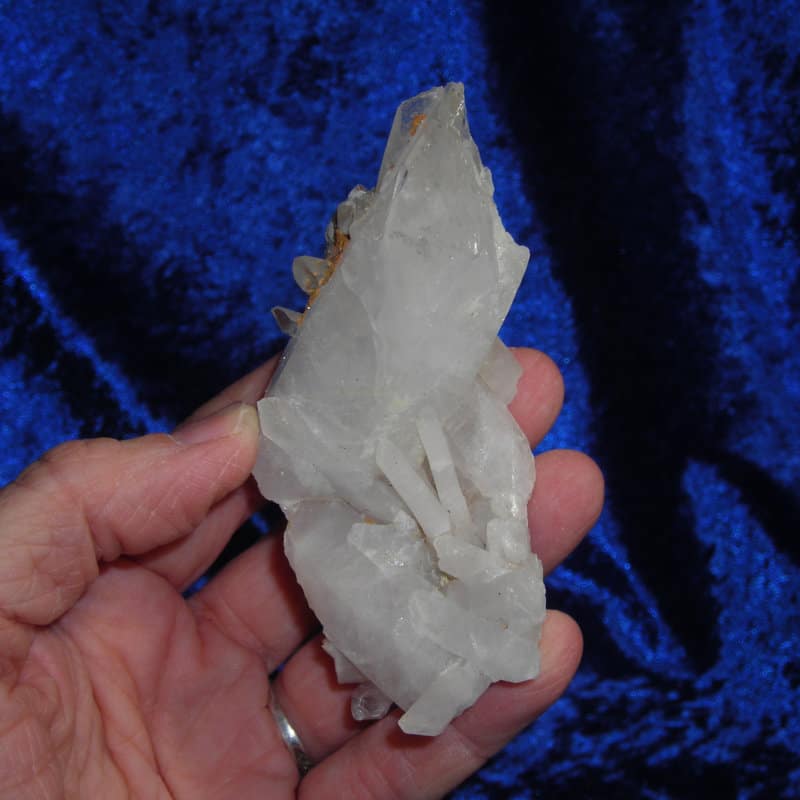 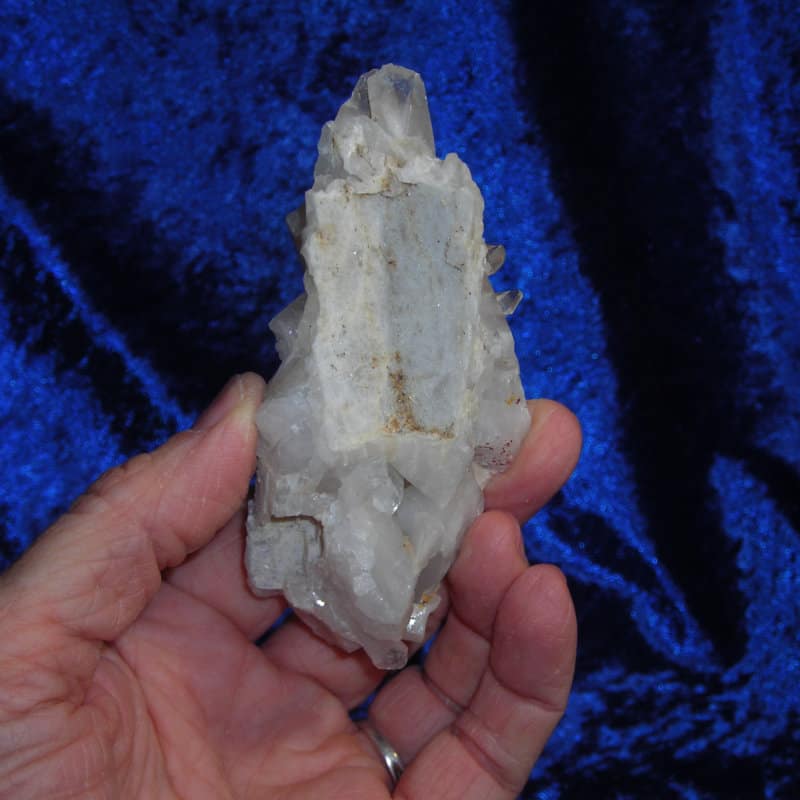 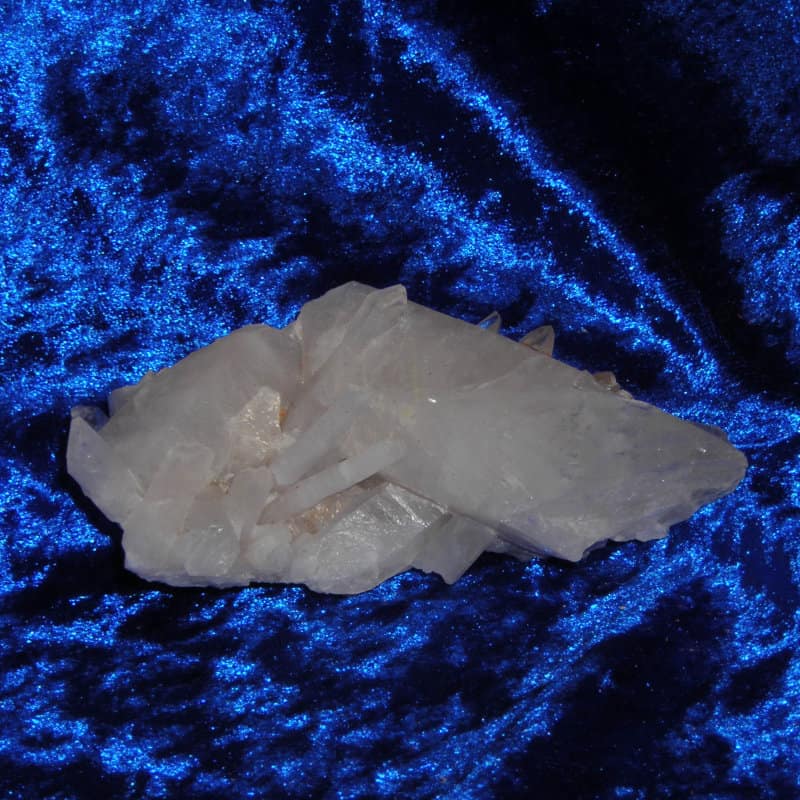 This Arkansas quartz crystal cluster is Empathic and mostly Feminine with just a little bit of Iron Oxide on it. The points range from very small to large. There is some Growth Interference on the base.

IRON OXIDE - golden-yellow mineral coating occurring on lots of crystals, usually taken off with an acid bath. Sometimes has rainbow iridescence on the outer layer (like rainbows you see on oil slicks). This is referred to as “Natural Rainbow Aura”. These crystals have an Earthy and grounding energy and remind us what crystals look like in their natural state (before an acid bath).