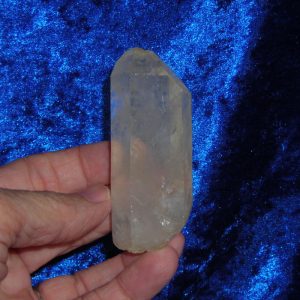 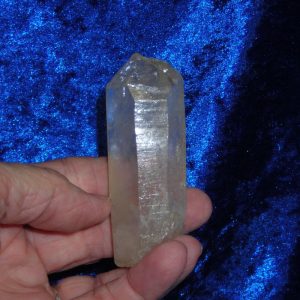 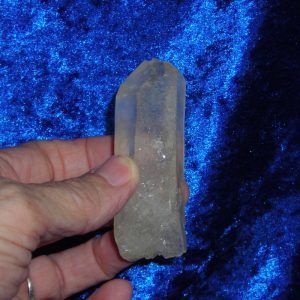 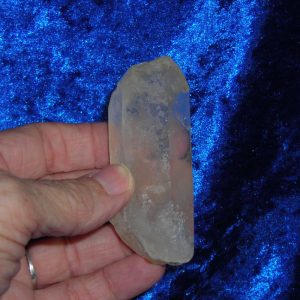 This Arkansas quartz crystal point is Empathic with contact dings and a chip out of the termination, Self Healed base, Etching and Sigils on the sides and faces and lots of Fairy Frost. Feels really good in a closed hand.