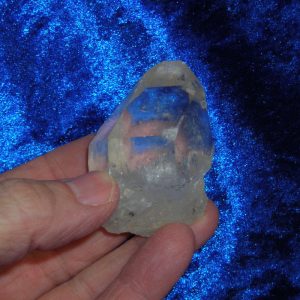 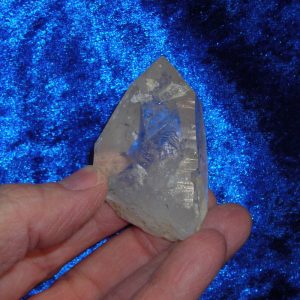 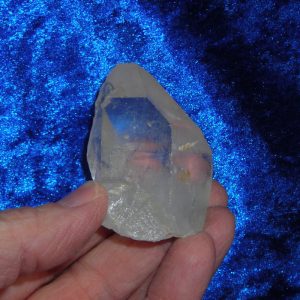 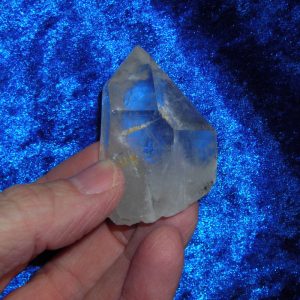 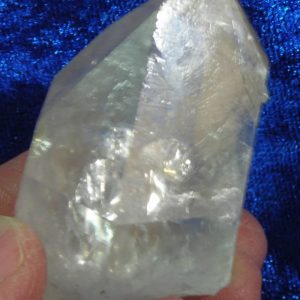 This Arkansas quartz crystal point is in the beginning stages of Self-Healing, has Fairy Frost and Mirror Fractures, Imprints and Keys.