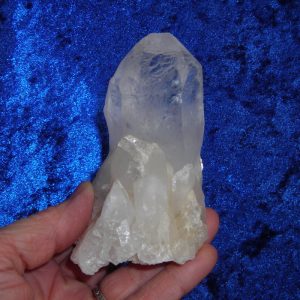 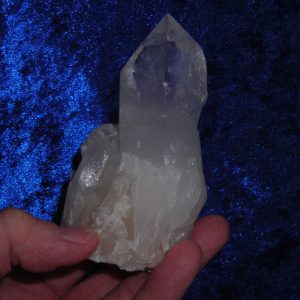 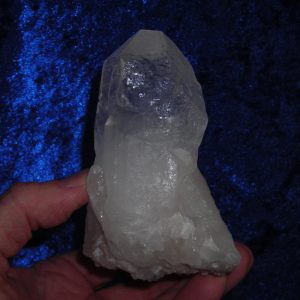 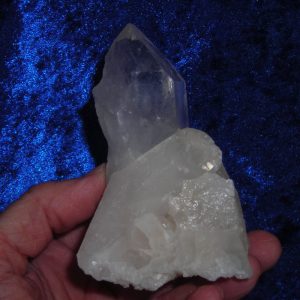 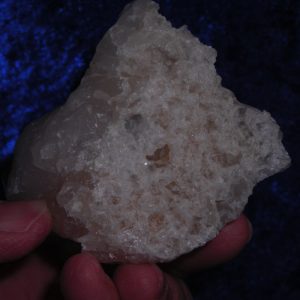 This Arkansas quartz crystal is a point on a Cluster base. There is a lot of really interesting Growth Interference on the base. Yin/Yang if you count the cluster base as half (Feminine) and the point as the other half (Masculine). There is a Key/Imprint, Fairy Frost, Mirror Fractures and it is slightly Empathic with a couple of small contact dings.