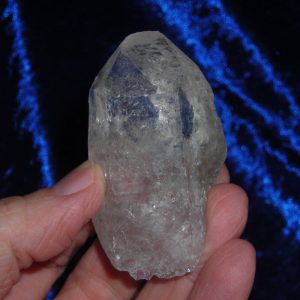 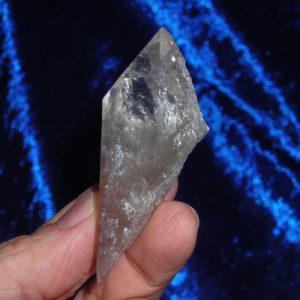 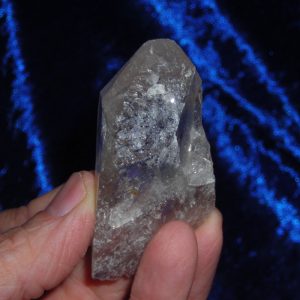 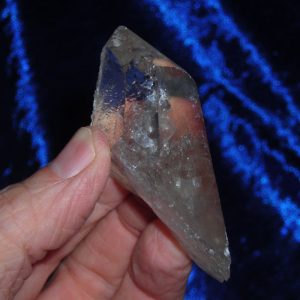 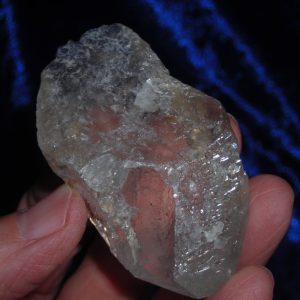 SMOKY - Crystals become smoky when exposed to radiation. They may be natural or irradiated by man. Typically, natural Smoky crystals are usually a lighter grey/brown than crystals which have been artificially irradiated; these are usually almost black. It is possible to find very dark (almost black) natural Smoky quartz but usually it tends to be lighter in color. The only way to know for certain whether a point is naturally or artificially radiated is to ask the person where the point originated. Smoky crystal is a good grounding stone. It is also elevating to your mood because it grounds and picks up your negativity. If you use it for this purpose, be sure to cleanse your Smoky quartz frequently.