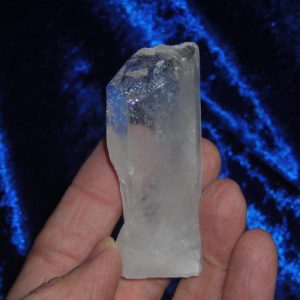 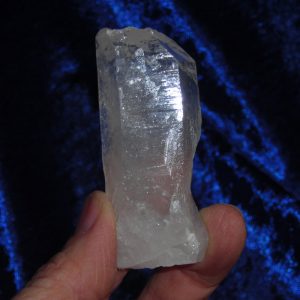 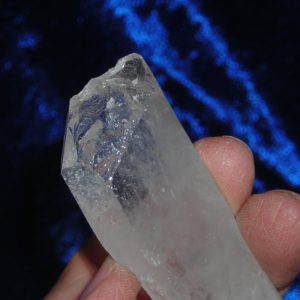 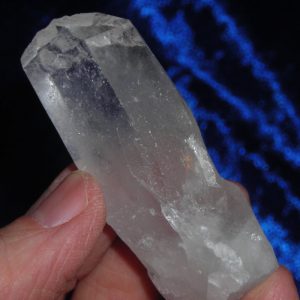 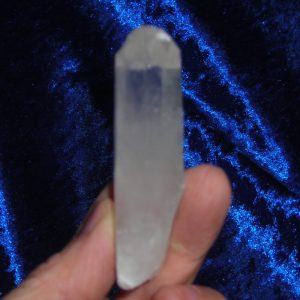 This Arkansas quartz crystal point is Empathic, missing most of the termination to a hard contact ding. It has Fairy Frost inside and a light smattering of Drusy (what I call “sugar” Drusy, because it looks like a sprinkling of sugar. Very tiny Barnacles actually) on the sides with a couple of Keys. It has an inviting energy and hopes you can see past its wounding.