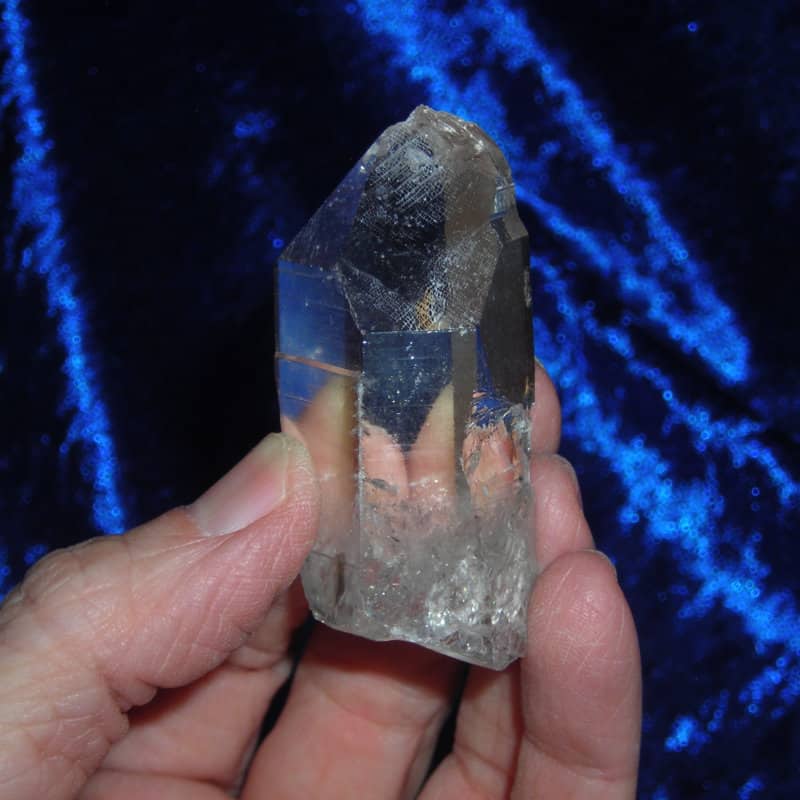 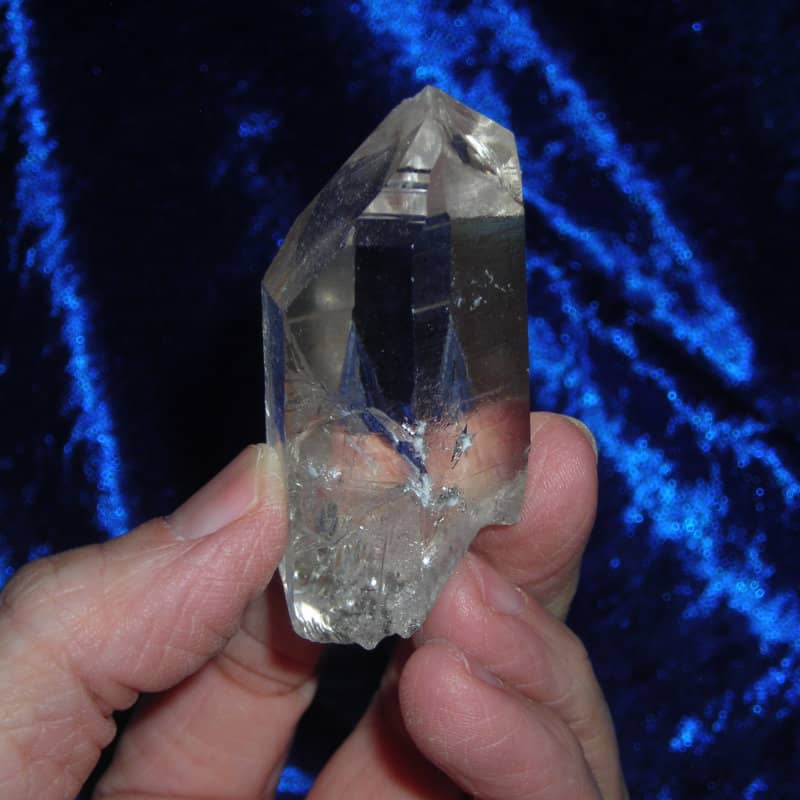 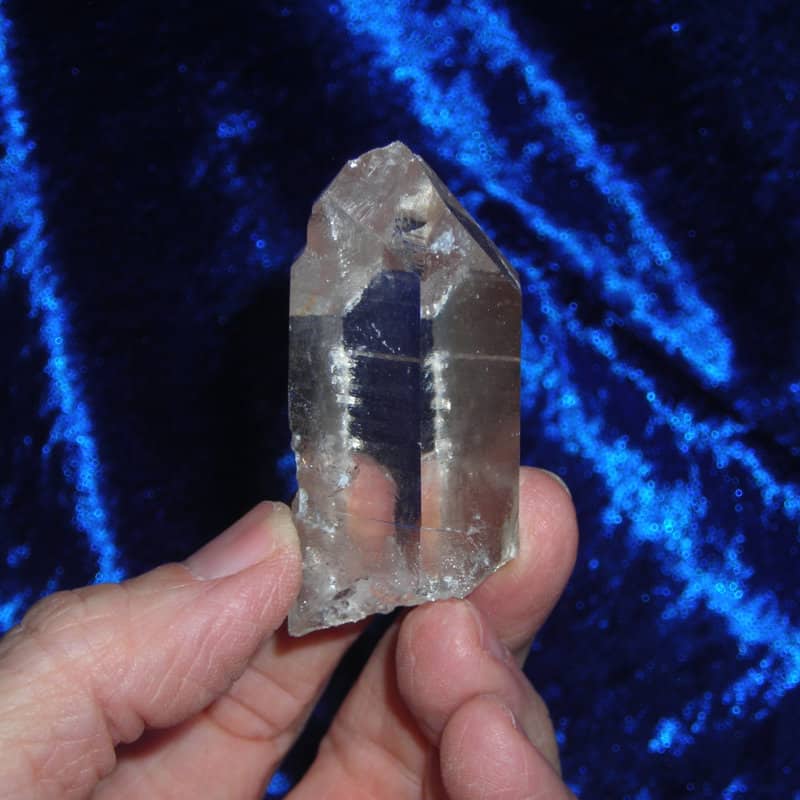 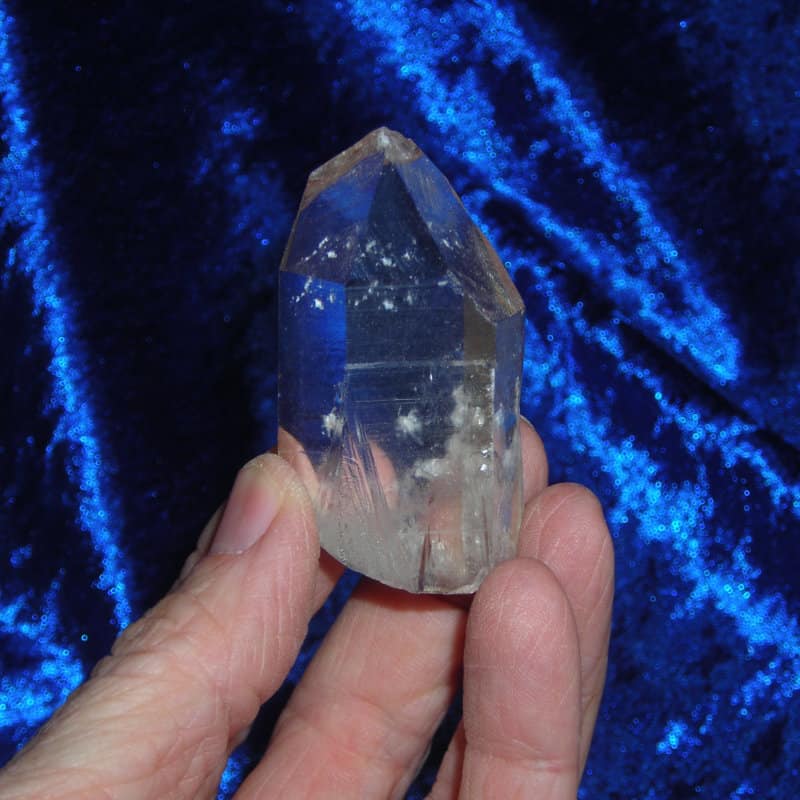 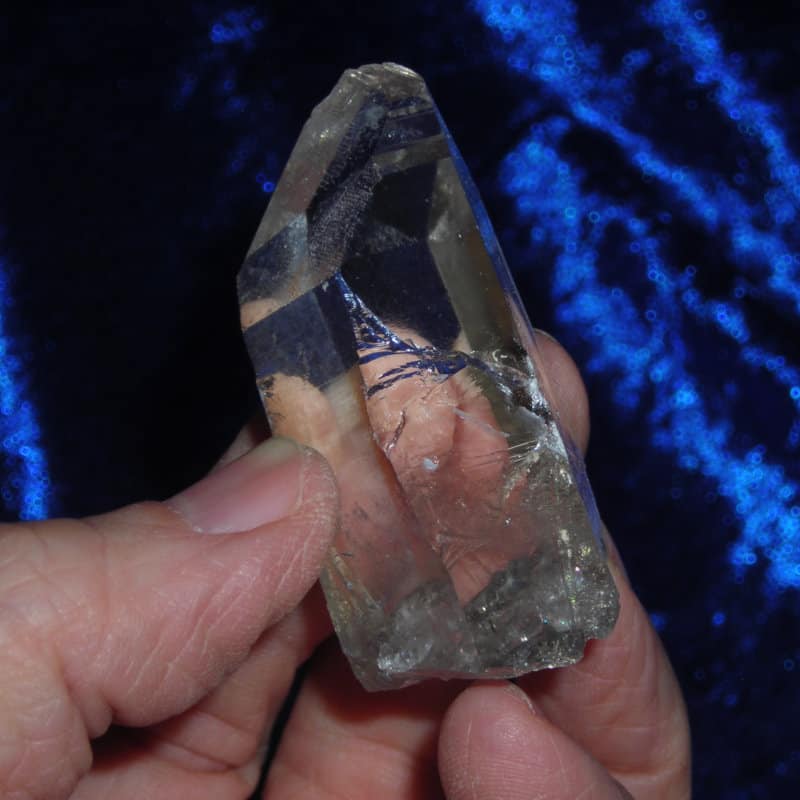 This Arkansas quartz crystal point is super water clear (Masculine). It is Empathic with some contact dings, has Etching and Sigils on the faces and sides, Imprints, stepped and Lineated Sides.