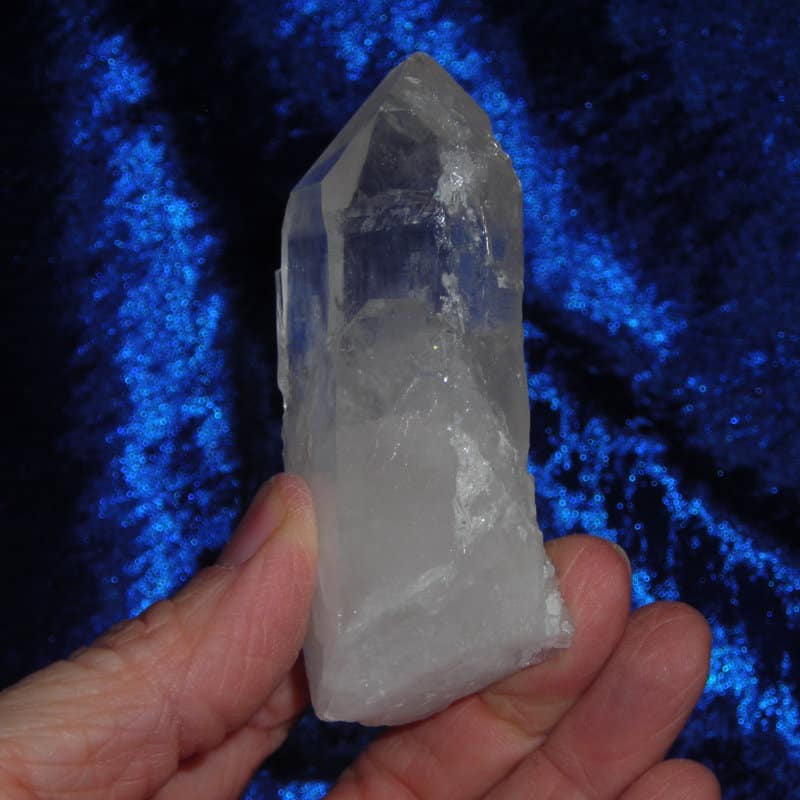 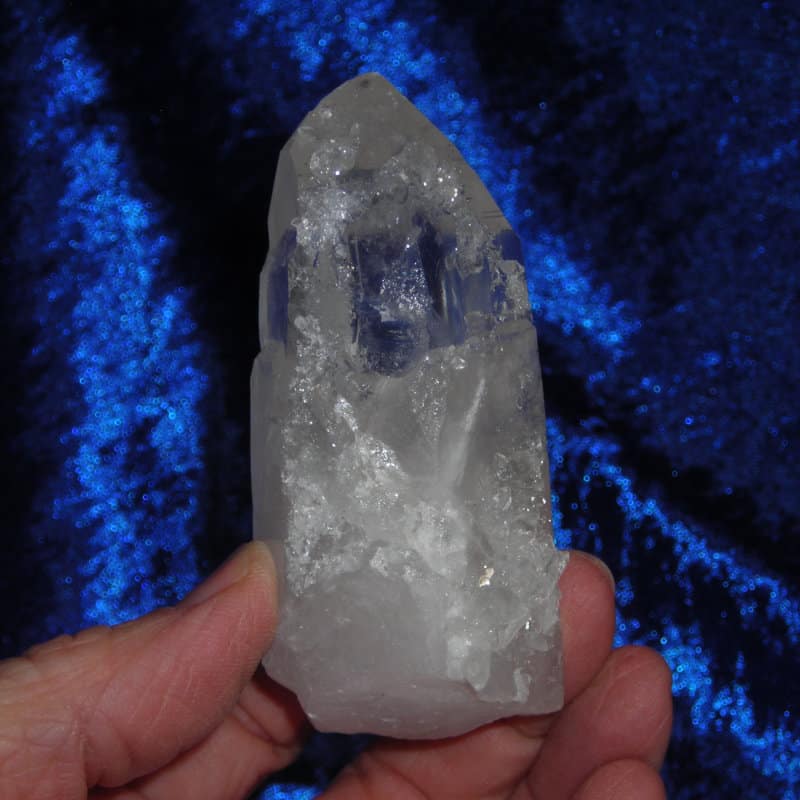 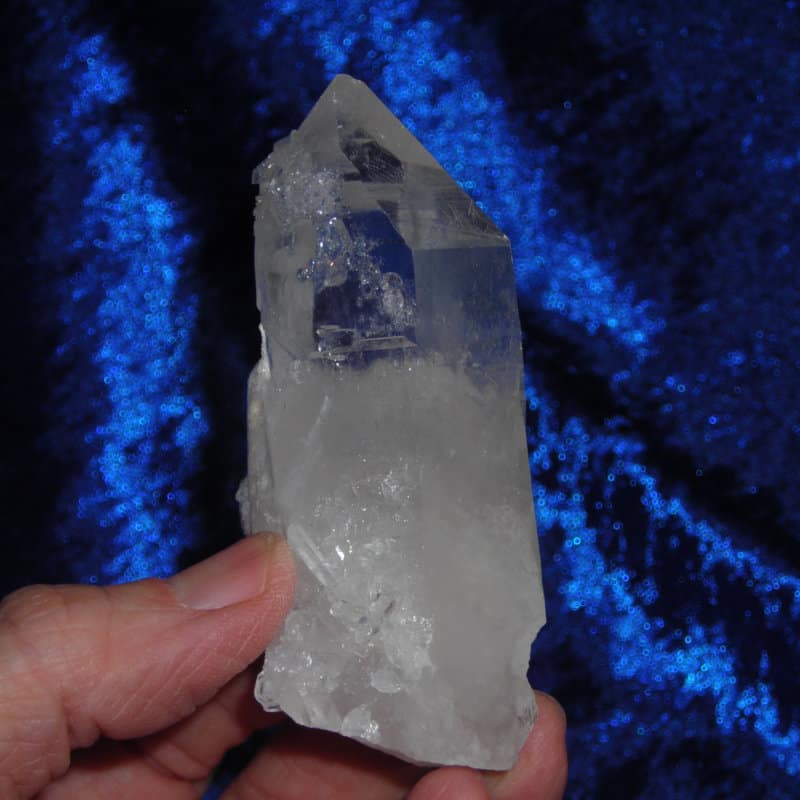 This Arkansas quartz crystal point is Yin/Yang (half Masculine, half Feminine), has Barnacles, a large Side-Kick, Lineated Sides and Rainbows inside where the masculine (clear) and feminine (milky) meet and also flashing in some of the Barnacles.

RAINBOWS - Rainbows are present inside a crystal due to fractures. It is helpful to have very bright light, and you may have to turn the crystal (side-to-side, upside down, etc.) in order to see them. Rainbow crystals are optimistic and happy. They remind us that we are loved and they remind us to look for the gifts our traumas bring us.  I think Rainbows are like secret hugs from the Crystal People. It is thrilling and warming. Connect to the gift of love these crystals with Rainbows bring.

When Rainbows appear on the surface between two closely connected (fused) crystals, metaphorically, this can represent how a relationship with a closely-attached-other can bring us Rainbows. Often the fusing of the two crystals produces a surface on which Rainbows like to ride. The relationship with the closely-attached-other creates a Rainbow to be explored and honored while the two are connected.