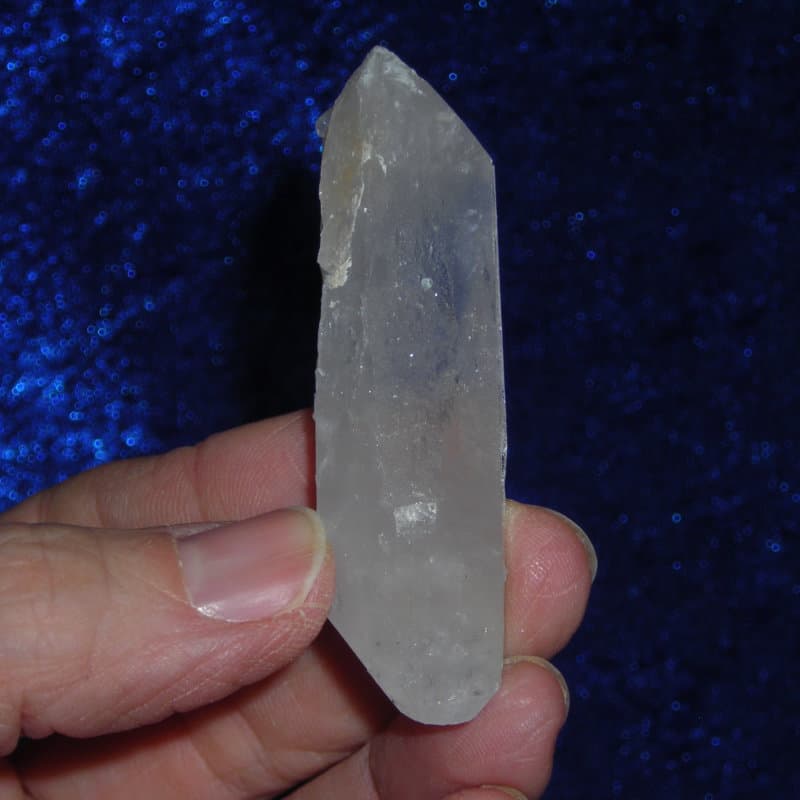 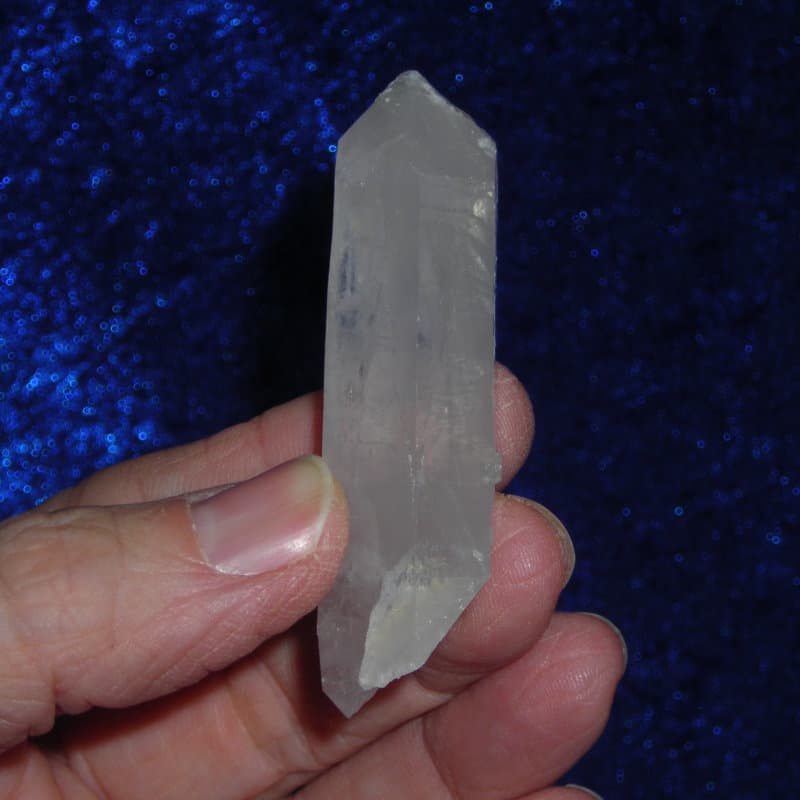 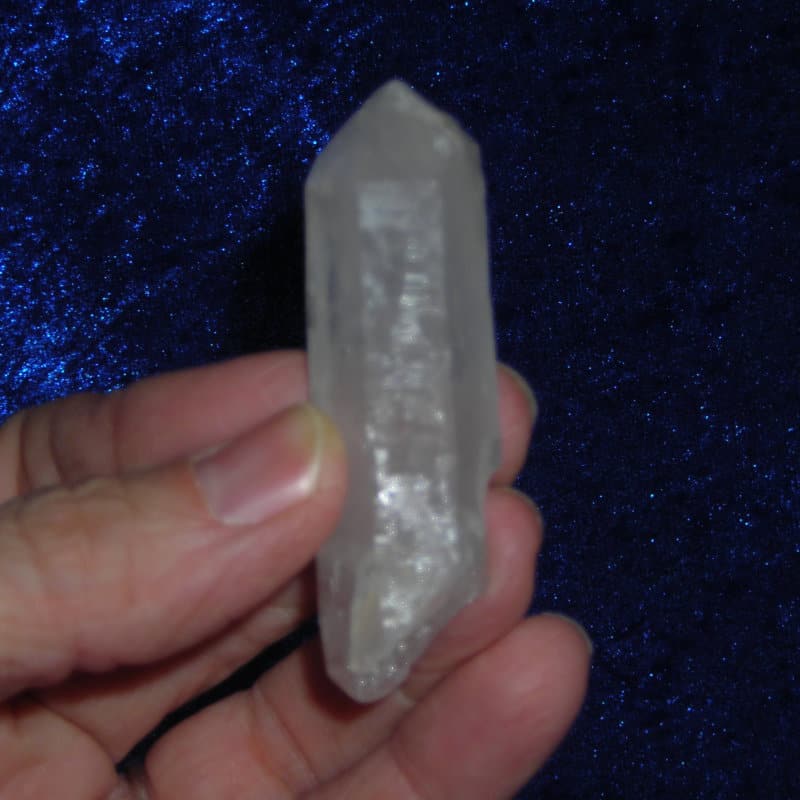 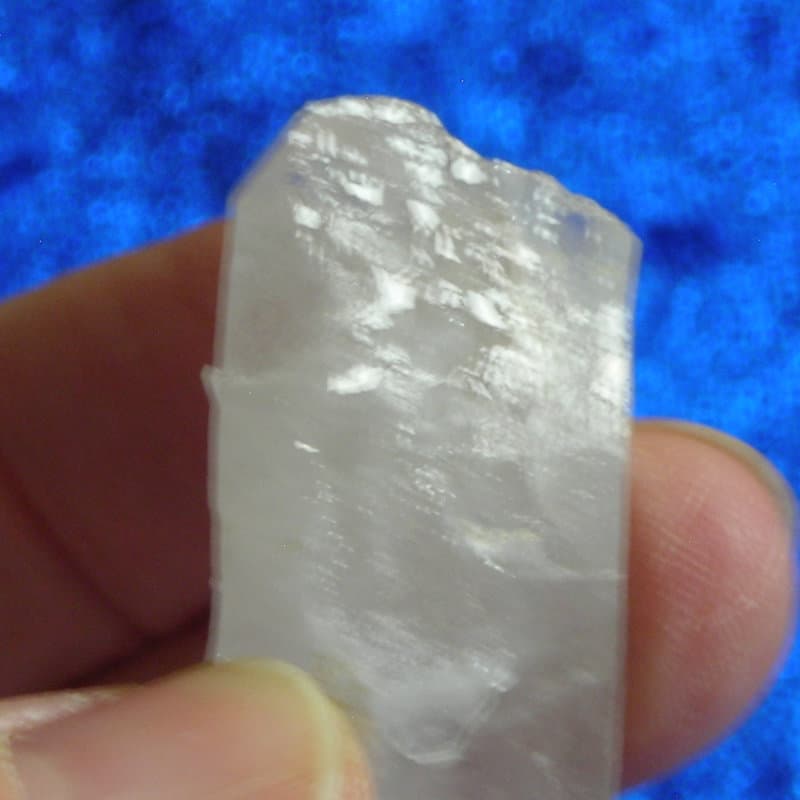 This Arkansas quartz crystal point is dense with Fairy Frost (Feminine), has Etching and Sigils on the Lineated Sides, a key and a Self-Healed base.