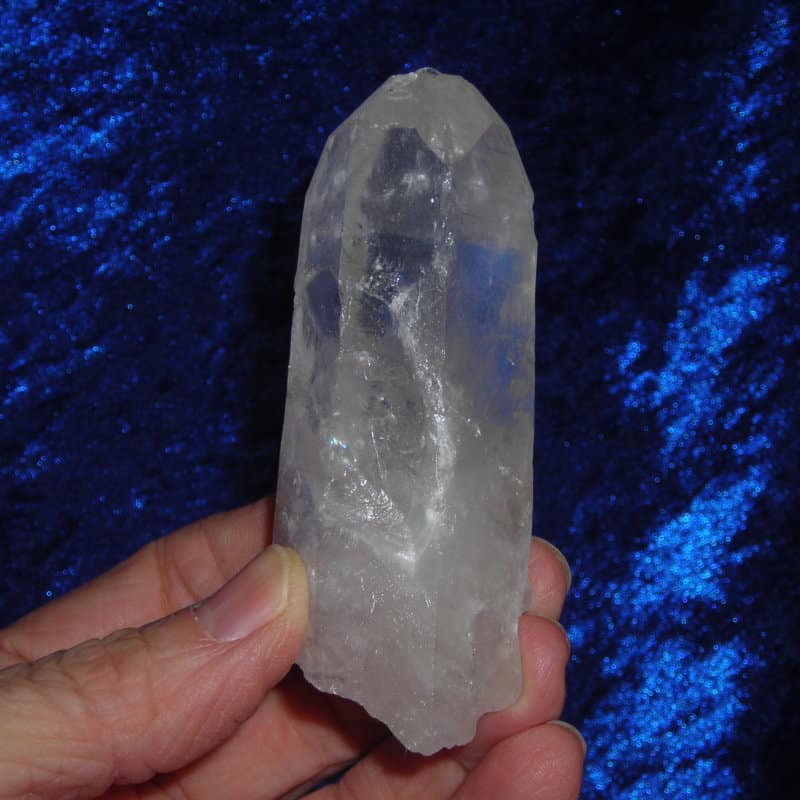 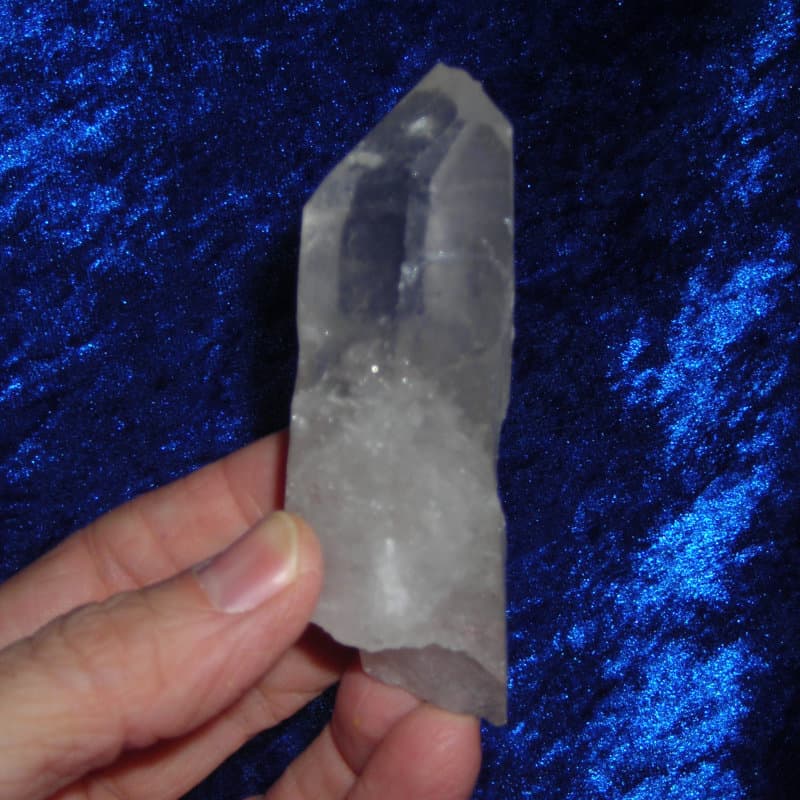 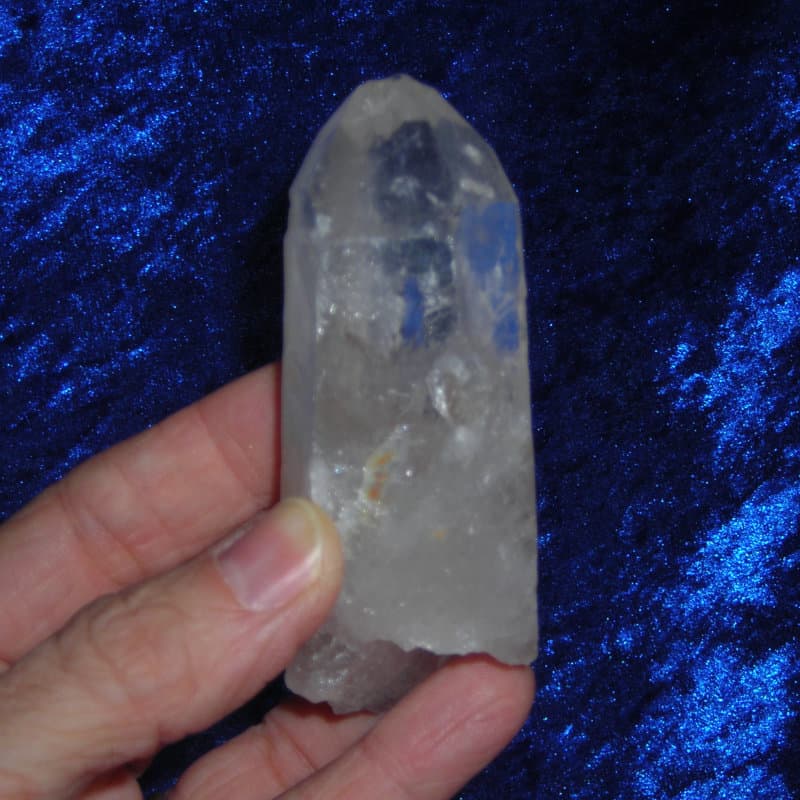 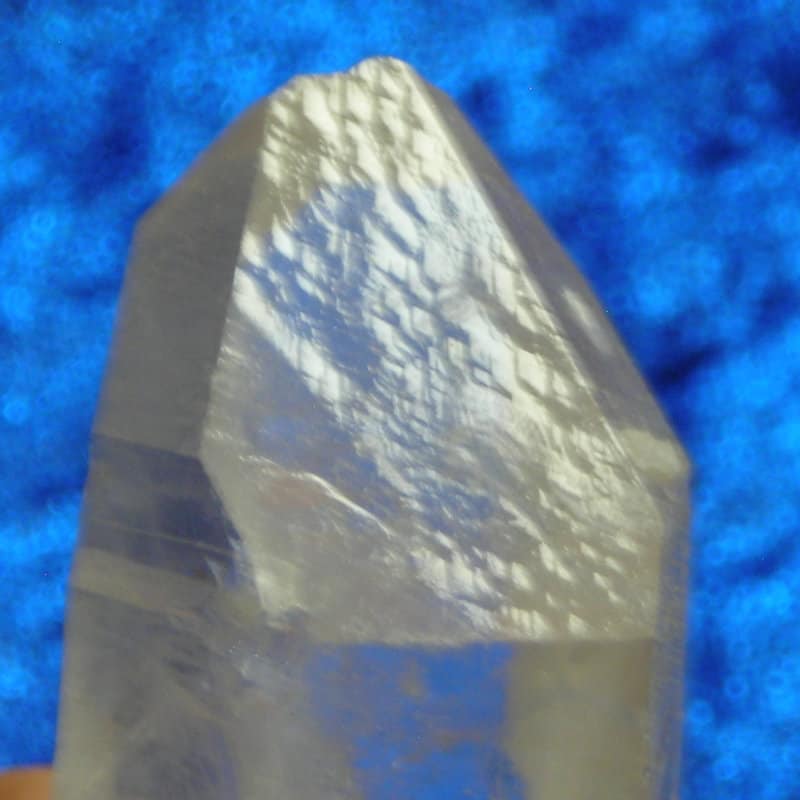 This Arkansas quartz crystal point is Empathic with contact chips and dings. It is Yin/Yang (Half Masculine/clear half Feminine/cloudy) with Keys, Sigils on the faces, lots of Fairy Frost and Mirror Fractures.

SIGILS - Sigils are any markings that represent an idea. For example, a dollar sign is a sigil that represents money and abundance. Crystals may have markings that resemble things such as snake skin, mountain ranges, water or even cities. There are some that look like stacked skyscrapers, and recently I found an online image of sea cliffs in Iceland that are very similar to these sky-scraper-looking Sigils (Reynisfjara beach : South Iceland). Sigils are surface features; you view them the same way you view a Record Keeper. Because a Sigil is a marking that reminds us of an idea or invokes a memory or feeling, the meaning will depend on what the sigil represents to you. When you see Sigils and images, a good thing to do is let your mind’s eye wander through them and see if they take on a life of their own (like a video in your mind’s eye). This is a form of scrying and a way to receive the messages that the crystal is bringing to you through the Sigils.