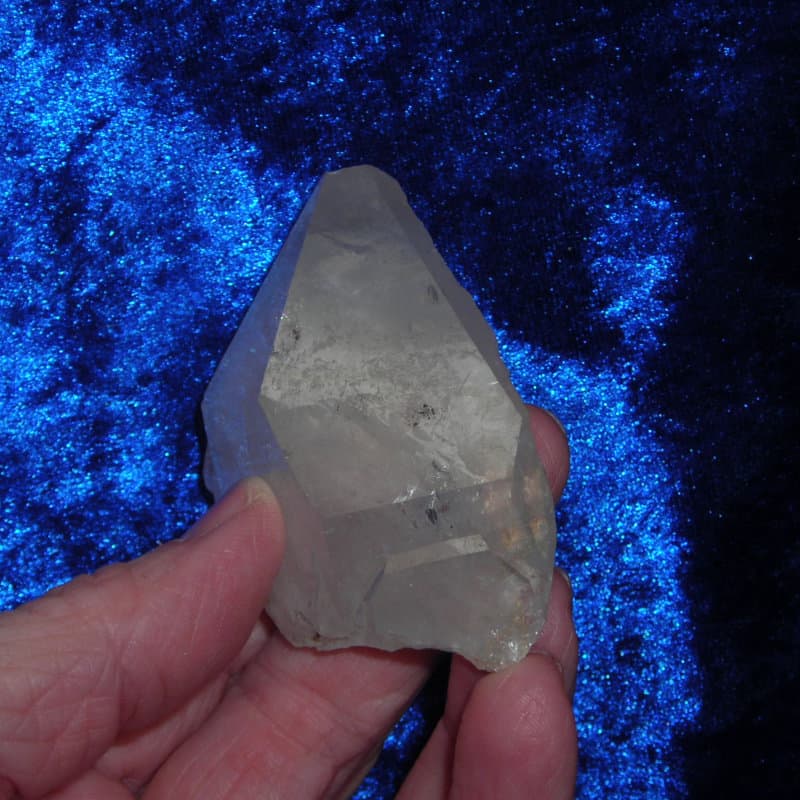 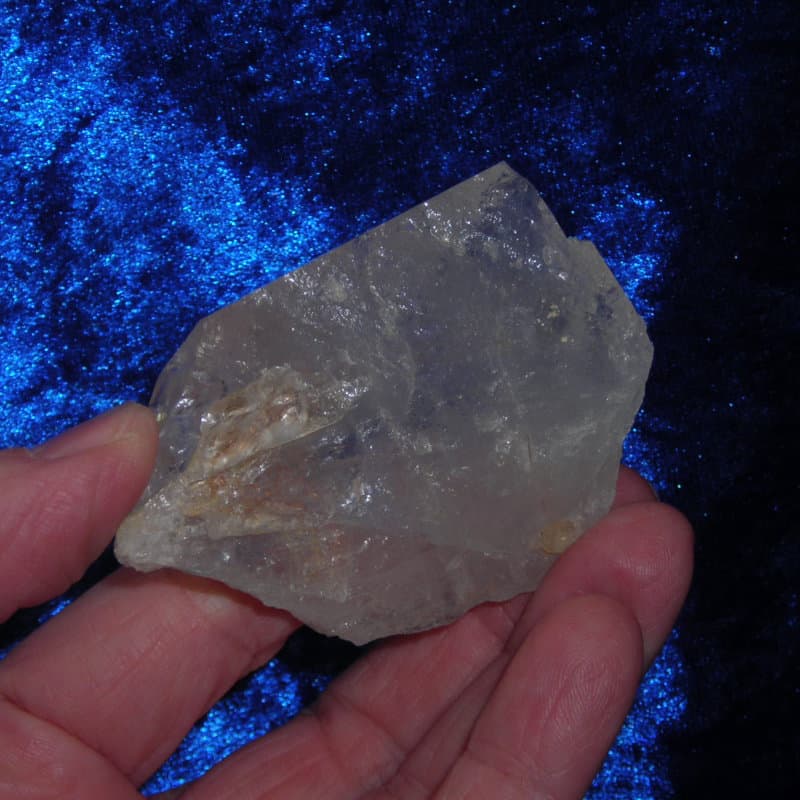 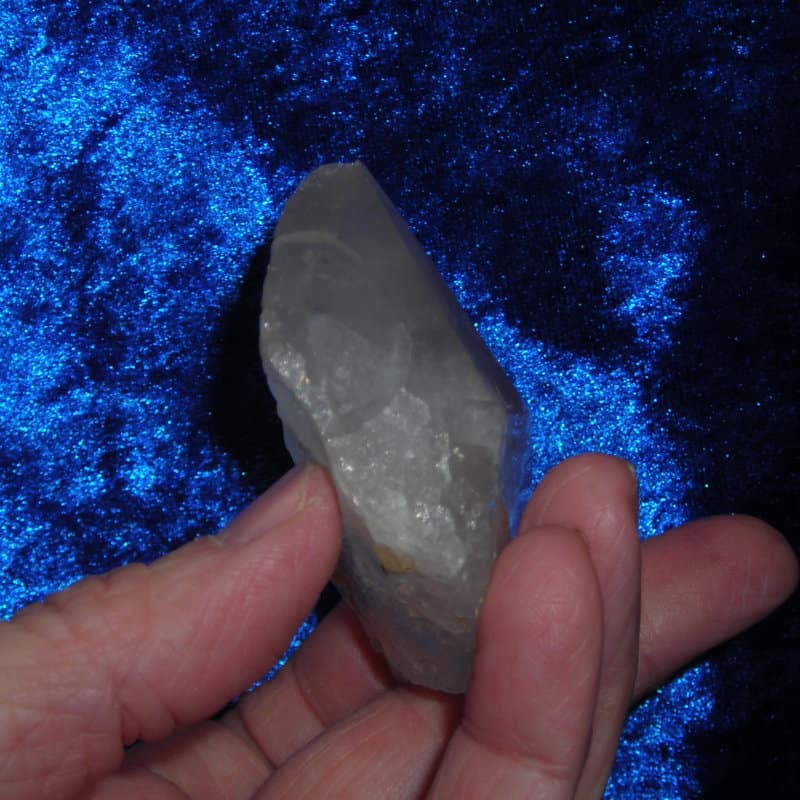 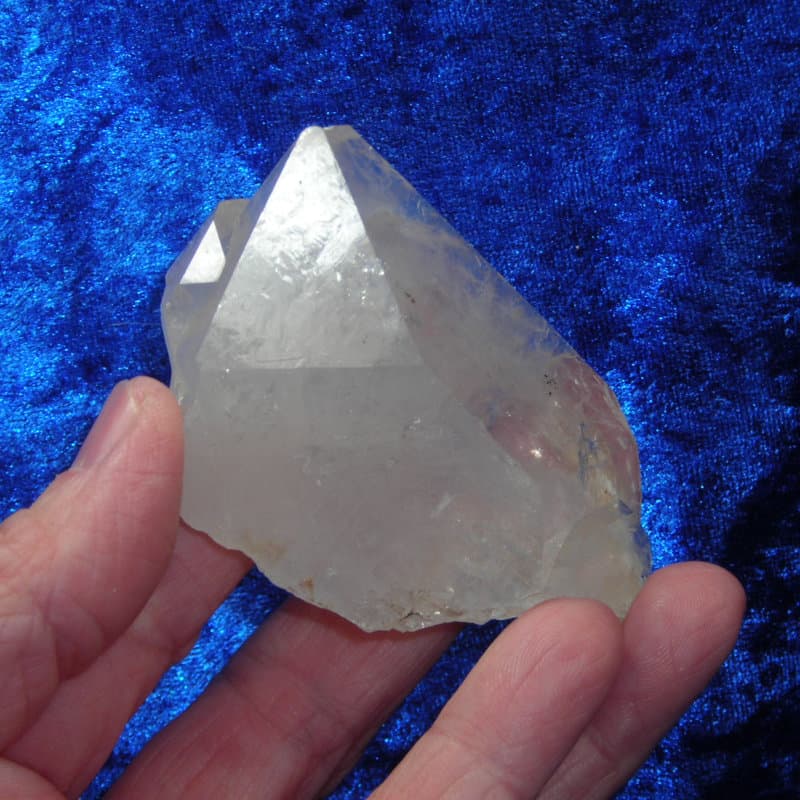 Arkansas quartz crystal point, partial. In the beginning stages of self-healing. Etching and Sigils on most of the faces, two small side-kicks (think Batman/Robin) on the side, full of Fairy Frost.