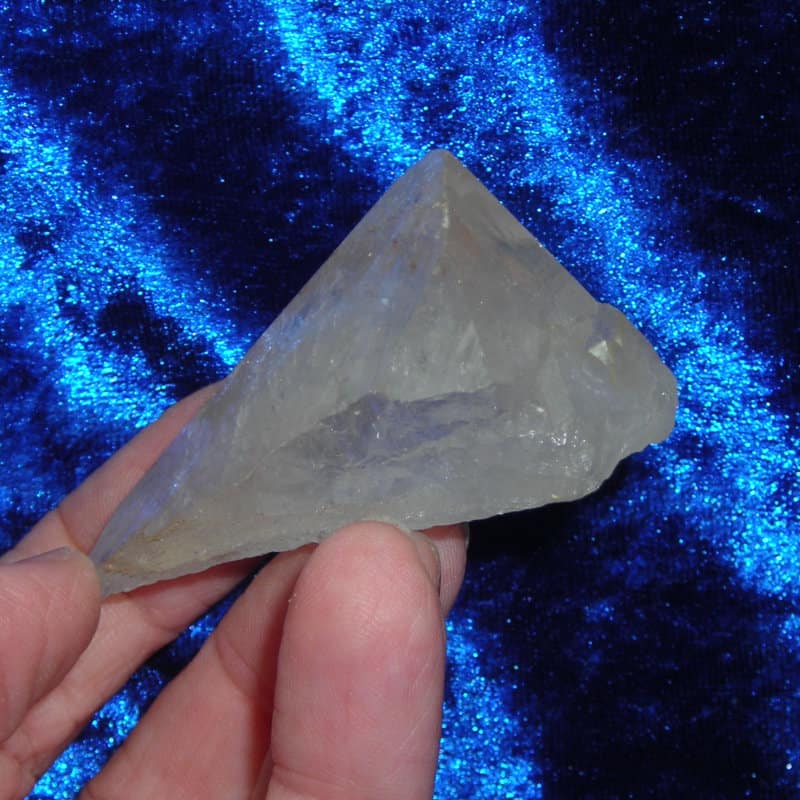 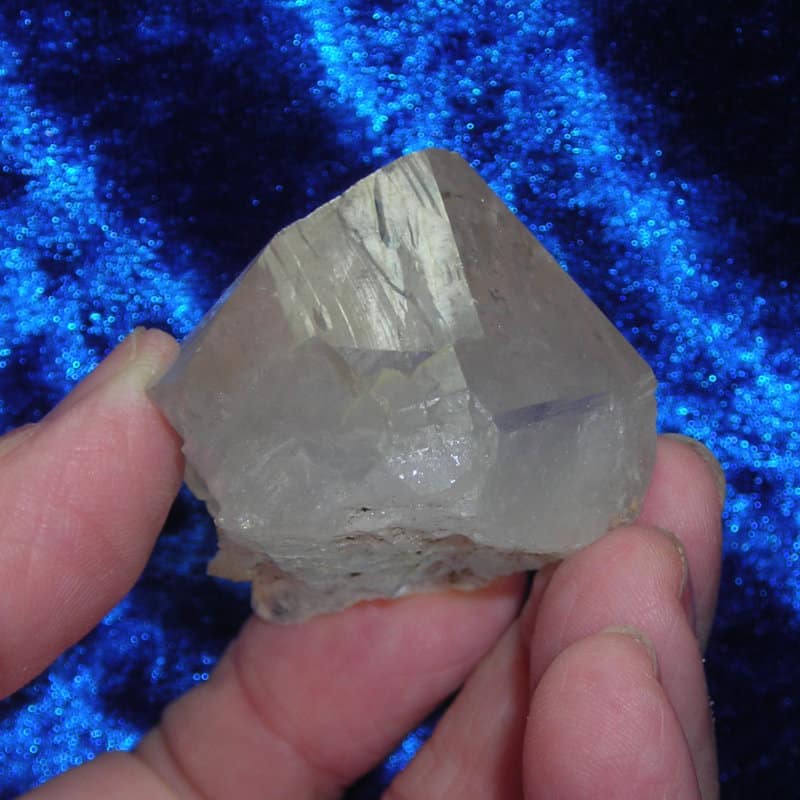 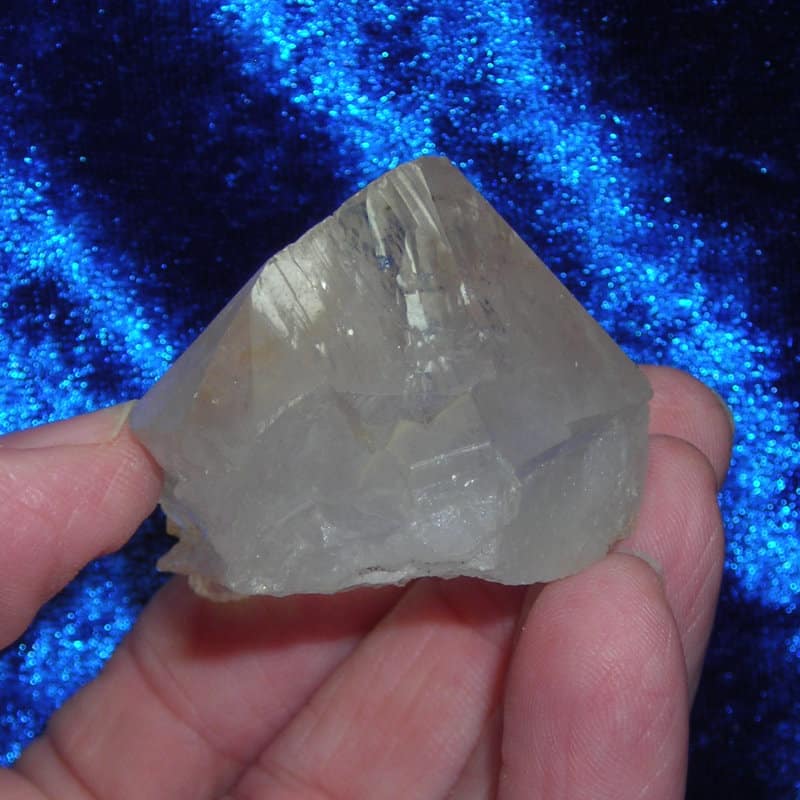 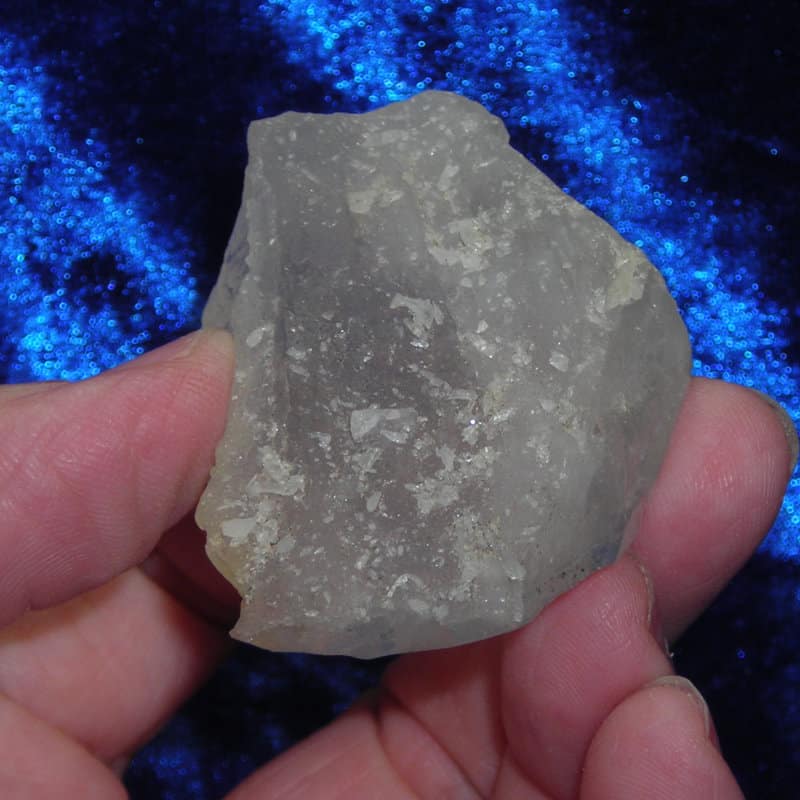 This is the top off an Arkansas quartz crystal point. It is Self healed, so the damage to the main crystal occurred while still in the earth. It has Lineation on the faces, Fairy Frost and Mirror fractures inside that bring up images of mountain ranges in my mind. This feels like a travelling crystal (one that would help a person travel in meditation).