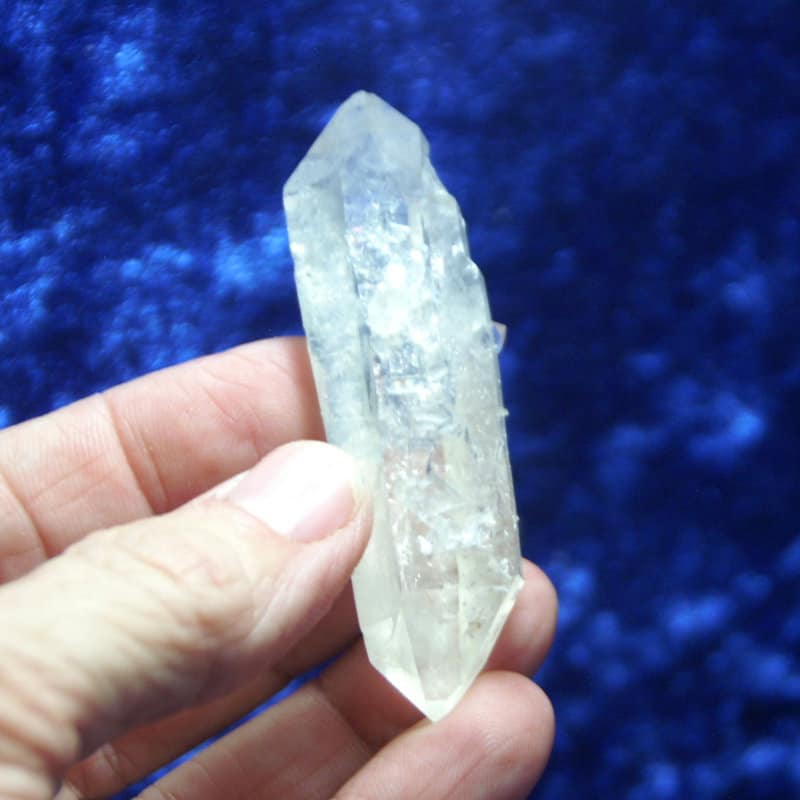 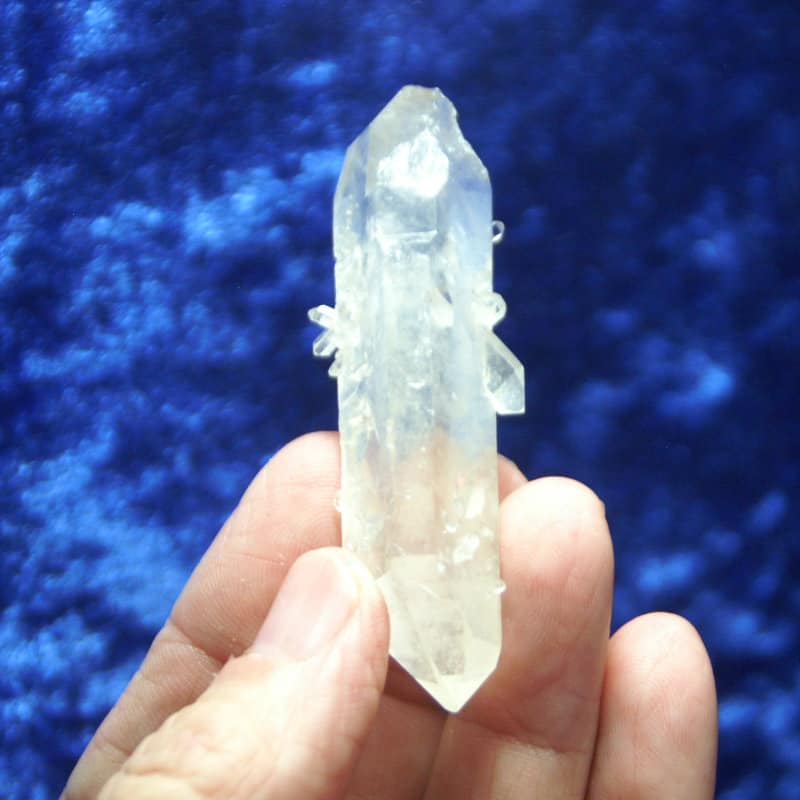 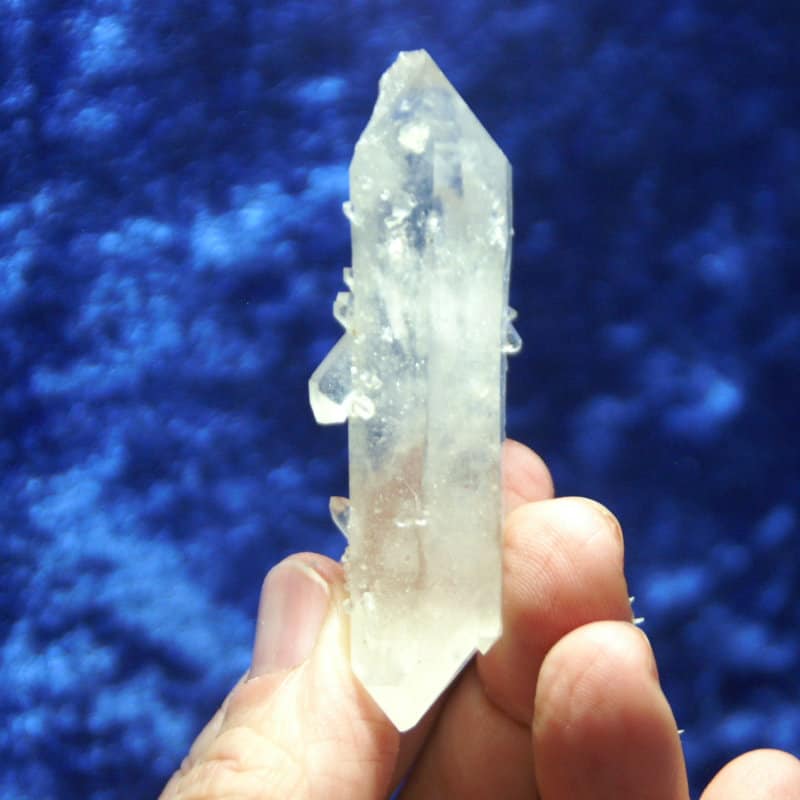 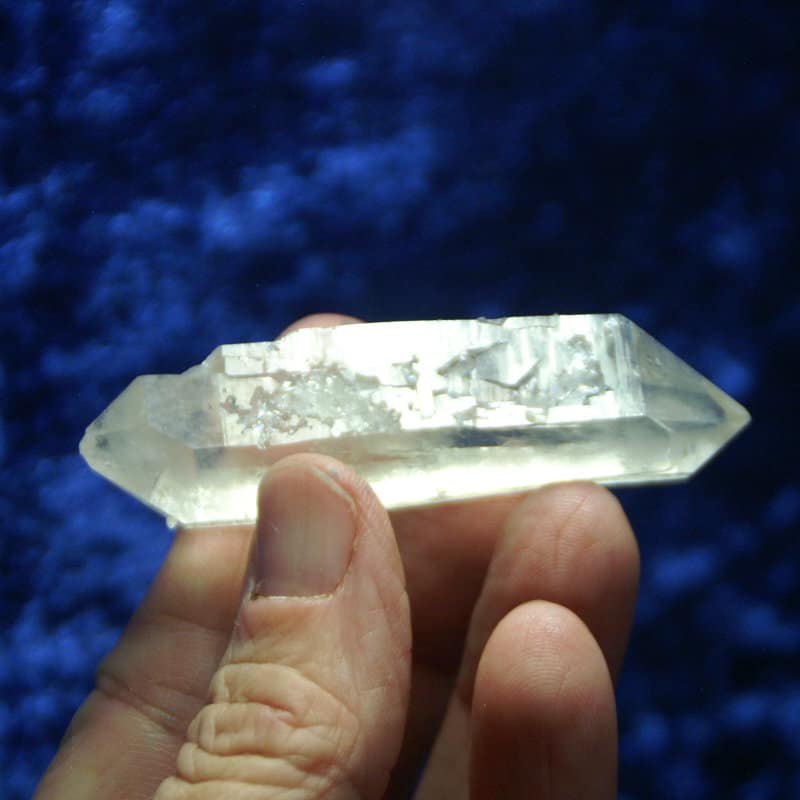 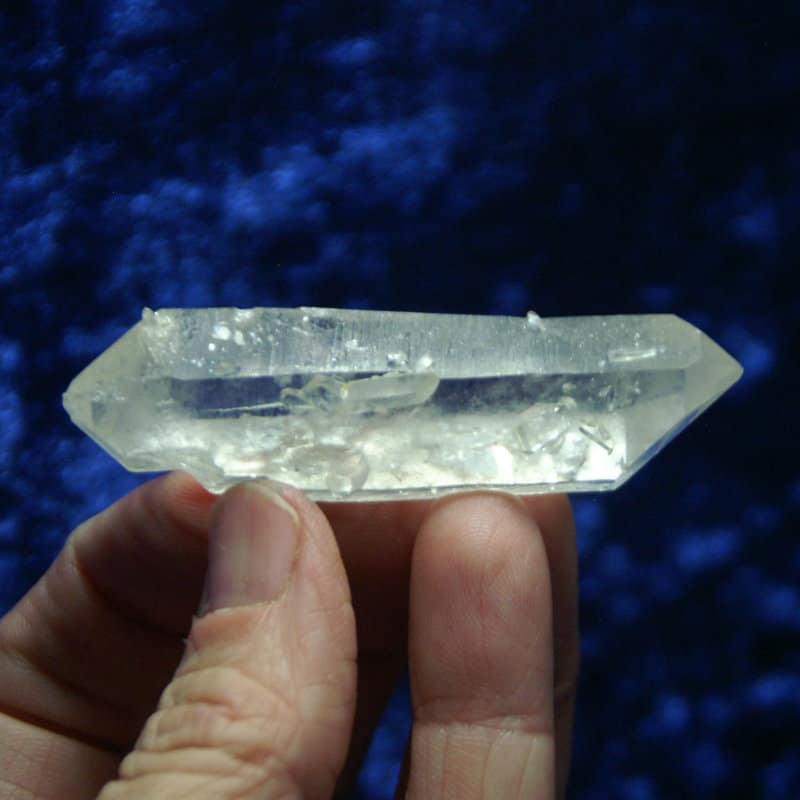 This super water clear (Masculine) Arkansas quartz crystal point is Double terminated and has lots of Barnacles and Bridges and some Fairy Frost.

DOUBLE TERMINATED - Double Terminated crystals have a termination on both ends. These crystals grow from a ‘seed’ molecule of silicon dioxide in clay and grow outward in both directions. They are not formed on a matrix. The energy in these crystals flows in both directions as well. Even though they have two terminations, oftentimes there is usually one end that feels like the ‘top’ and one that feels like the ‘bottom’. Double Terminated points promote psychic ability and dream recall (because they send as well as receive) and are also used for balance. They are useful in any application in which you want the energy to flow in both directions. I like using them in healing layouts or grids because the energy flows in both directions.

MASCULINE - Very clear points are described as Masculine (this is a description primarily of the physical characteristics, not necessarily energetic). They may be optically clear, or they may have some Fairy Frost. The base of a Masculine crystal may be dense with frost, however if more of the point is clear than cloudy, it is described as Masculine. Remember not to have pre-conceived notions. Just because a point is masculine by description doesn’t automatically mean it can only present masculine energy (the same is also true for Feminine crystals). Masculine crystals are helpful when you need to get to the point; they have a sharp and direct energy. Yang in nature, Masculine crystals are more action-oriented and the energy projects rather than recedes.

BRIDGE - A Bridge is a smaller crystal (or crystals) penetrating and located partially in and partially out of a larger crystal. Bridge Crystals help to bridge between worlds. It may be the inner and outer worlds between your inner and outer Selves or between yourself and others in the physical environment in which you now live. They are helpful in any area you might imagine needing a bridge. They can help you heal and get in touch with your inner child (bridging the gap between your outer self and your inner self). They are also good for connection and perspective. Also called Inner Child.