CRYSTALS AND SIZE – IS BIGGER BETTER? 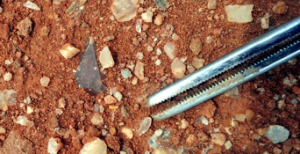 When it comes to crystals, is bigger better? I’ve had this question more than once, so thought I would address it here…

“What do you do when you buy a crystal online, but when it arrives, it is much smaller than you expected? Will it still work?”

Obviously if you are looking for a crystal for jewelry or to fit in a certain place (say a desk or coffee table), size might matter. In this way, convenience and use play a part in the question of size. But, energetically speaking, is bigger better? Does a large point put out more energy than a small point?

Certainly, by mass alone, a 500-pound single crystal point is going to exude more energy than a tiny jewelry point.

This is not to say that the smaller points don’t have comparable energy or enough energy to matter.

Comparatively speaking, a small crystal might have the same energy as a large point.

ANT vs HUMAN – IS BIGGER BETTER?

For example, an ant can move ten to fifty times its body weight.

Using that gauge, you can see that ants are stronger than humans, ounce for ounce.

A small point may be stronger than a large point in the same respect.

Also, it is easy to put a small point around your neck or in your pocket.

Wheeling a 500-pound crystal around in a wagon would get tiring after a while, don’t you think? 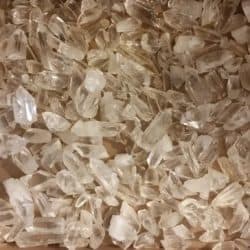 When asking “is bigger better”… depending on the crystal, its use and your need, a small point can be every bit as helpful to you as its larger cousin.

The old adage is true about not judging a book by its cover (or an item by its size).

Get around the notion thinking bigger is better (we’re a society of bigger! and more!).  Connect with your new crystal without preconceived ideas (no matter the size).

You may find that your smaller crystal has much more to offer than you expected.