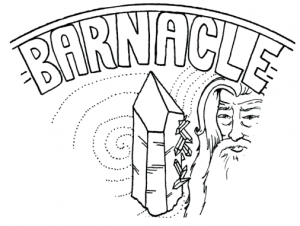 WHAT ARE BARNACLE QUARTZ CRYSTALS?

Barnacles are small crystals attached to a larger crystal. They almost appear to be glued on.

They aren’t penetrating the larger crystal (in which case, they would be called Bridges or Inner Child crystals). 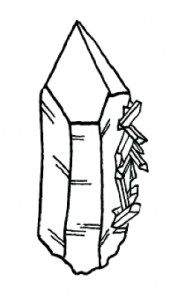 Barnacles may be large or small. They may appear as thick patches or may be scattered intermittently.

Most often, barnacles are located on one plane or only half of the crystal (like moss growing on only one side of a tree). Other times they are scattered on all sides.

Regardless of whether they are small or large, many or few, Barnacle quartz crystals will signify to you that the crystal is most likely has old soul, ancient energy and has knowledge to impart.

Certainly this is true of all crystals, but Barnacle quartz crystals have an extra emphasis on this type of energy. 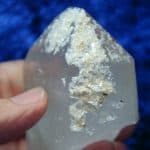 I have seen barnacles called “babies” in some descriptions from other sources. In contrast, I see babies usually as one or two larger crystals standing at the feet of, or attached to, a crystal with a parental energy.

There might just be a few barnacles on a point, or they might almost completely encrust the point and look like jewels. Almost always, these crystals emit a very Old Soul, ancient feeling. 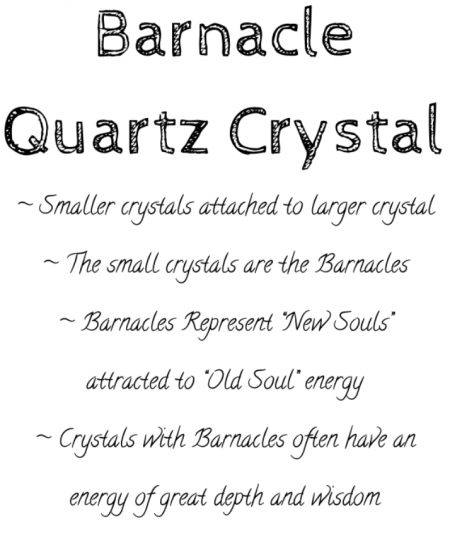 Metaphysically, the larger crystal is the “Old Soul” and contains the wisdom and trust that attracts the smaller crystals (babies or new souls).

Crystals with Barnacles help us to see things from a wider, deeper, wiser perspective. Therefore, I think of the description of Barnacle quartz crystals not so much as a description of the barnacles themselves, but of the energy of the crystal that attracts or grows barnacles. 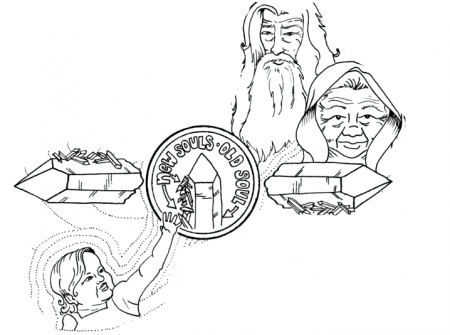 You can find this Barnacle Crystal Mandala in CRYSTAL MANDALAS: (Learn about crystal by COLORING!) Volume 1 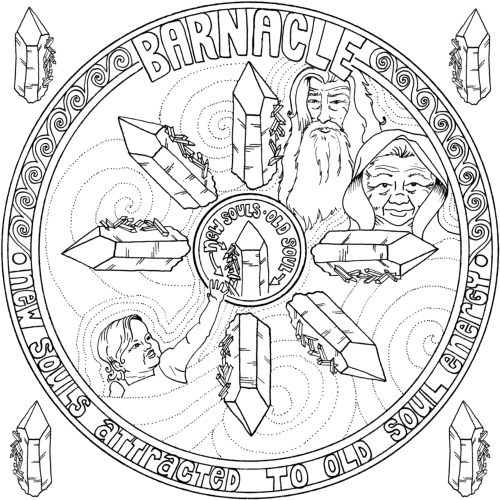 Are you looking for a Barnacle crystal? Click here to see a listing of the available Barnacle quartz crystals.