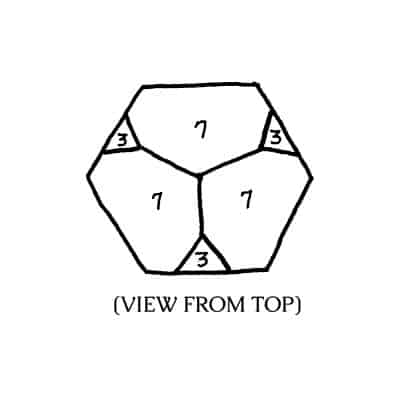 This is an example of a crystal with two names for the same configuration. Called both Dow (named after Janeann Dow) as well as Trans-Channeler (because these crystals are both Channelers and Transmitters in configuration), it is more commonly referred to as Dow.

A Trans-Channeler / 7-3-7-3-7-3 quartz crystal has three seven-sided faces with a triangular face between each of them.

These crystals combine the qualities of the Transmitter and Channeler crystal and are considered Master crystals.

Dow / Trans-Channeler  quartz crystals provide a connection with the Self and Universal Truth. They have a special energy about them that is sharp, clean and direct.