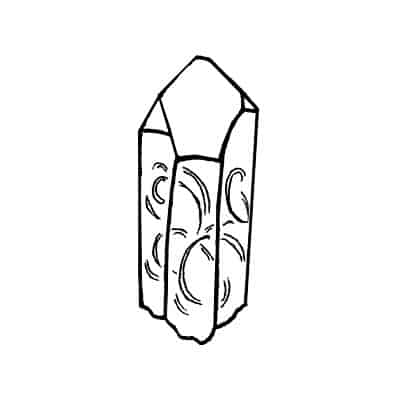 Fairy Frost quartz crystal describes a crystal with fractures and inclusions of air within the crystal. The trapped air is wispy, white and fairy-looking. Contrary to the visual that the term “frost” brings up, (occurring on the outside of something, like frost on a pumpkin), Fairy Frost is actually an internal feature.

Lots of crystals have Fairy Frost. Some are more fairy-like than others.

Fairy Frost quartz crystal is able to connect us with Nature Spirits and Fairies (Deva). They encourage us to connect with nature and to care for Mother Earth.

Here is a list of all the Fairy Frost quartz crystal available right now: